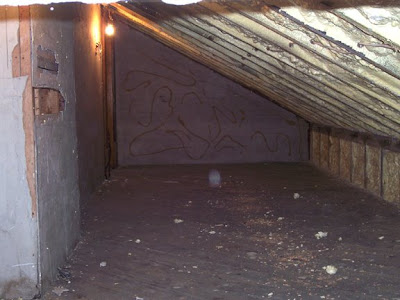 After removing some foam board in our attic, I discovered these ancient writings. 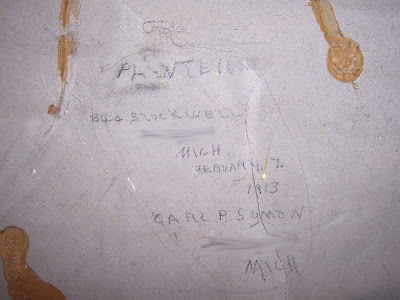 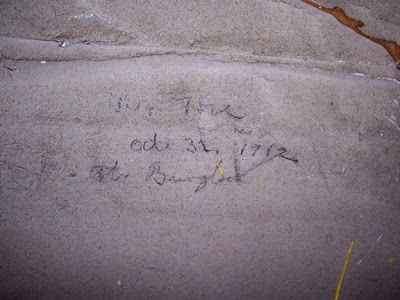 In another place they signed again. This one reads: "Big Fire - October 31, 1912 - at Bunglow" I believe it says "bunglow" although mispelled. This is very interesting as the attic required quite a bit of work do to a massive fire sometime in its past. If indeed the fire did occur in 1912, it's amazing that the place didn't just burn to the ground given the scale and damage that is seen in the attic. Doesn't seem like the fire pump trucks would have had enough power back then to blast much water. I wonder if lightening caused the fire and rain helped to extinguish the fire. Hmmm? 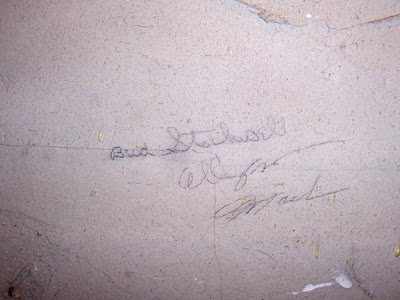 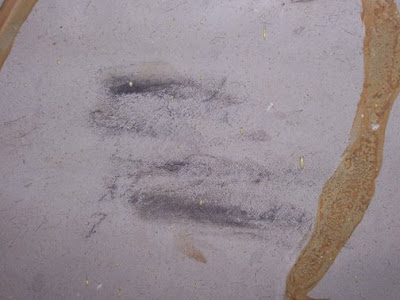 Oops. Carl forgot how to spell his name.

Voices from the past. Just wonderful.

That's pretty cool. My wife and I signed the studs in an upstairs sun porch we just reworked. Someone will likely find it down the road.

Although, if they do, then I had better not find out about it. It would mean they would be tearing up our work!

But hey, I guess that's all part of the fun.

Anyway, cool house! Looks like you're keeping yourselves busy.

That is pretty cool! Have you "googled" them?